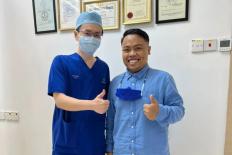 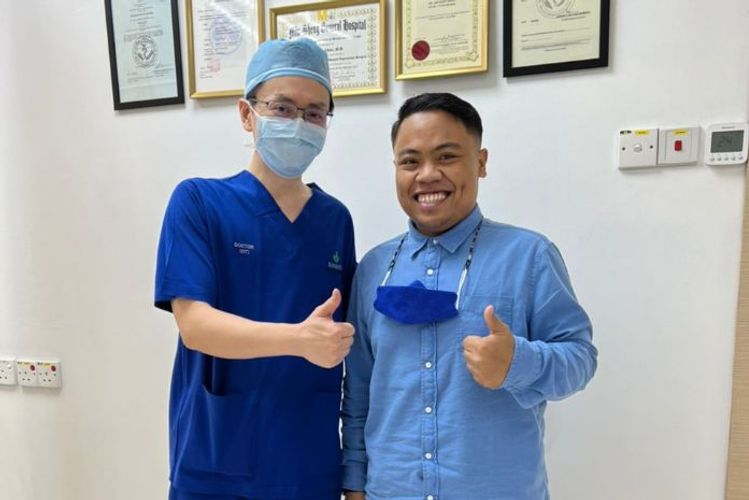 Muhammad Naim Ibrahim has struggled with weight issues for most of his life. He would constantly feel lethargic, suffer from joint pains, and have difficulty getting a good night’s rest due to snoring.

At his heaviest, he weighed about 130kg. The excess weight took a physiological and mental toll on his body, causing him to feel tired throughout the day and making it harder for him to focus on work.

Determined to turn his life around, the 28-year-old decided to visit Dr Lim Huay Cheen, a surgeon who specialises in bariatric and upper gastrointestinal surgery at Regency Specialist Hospital.

After a detailed medical examination involving blood tests and an endoscopy, as well as multiple consultations with a nutritionist and numerous medical experts, Lim recommended a gastric bypass surgery. This is a minimally invasive procedure suitable for those with life-threatening comorbidities apart from obesity.

Today, after having lost 42% of his weight post-surgery, Naim is thriving and leading a healthier active lifestyle. Shedding the kilos and dropping from 5XL to S with the help of a complete lifestyle change – including a nutritious diet and regular fitness regime – has renewed his confidence and motivation.

Quick fix?
In a nation with the highest prevalence of obesity among adults in Southeast Asia, it is estimated that every one in five Malaysians is obese.

Bariatric or metabolic surgery, as it is also known, is often perceived to be a “quick-fix” method of weight loss. People often think they will come out of surgery looking slim and having lost all the excess weight.

But this isn’t true. Bariatric surgery is merely an intervention that can help resolve or prevent conditions such as heart disease, high blood pressure, diabetes, and sleep apnoea. It could even lower a person’s risk of premature death by 30 - 50%.

Weight loss after bariatric surgery, however, is a gradual process that can take 1.5 to two years post-surgery, and requires a commitment to healthy eating and regular exercise.

During bariatric surgery, the surgeon chiefly makes changes to the digestive system – the stomach and/or the small intestine – which affects how much food can be eaten and how much nutrition is absorbed.

There are different types of bariatric or metabolic surgery, including:

In the case of gastric band surgery, patients may lose about 50% of their body weight after 1.5 to two years, provided they adhere to a diet and exercise regimen. With gastric bypass and sleeve gastrectomy, patients can lose about 40 - 50% of body weight.

Bariatric surgery previously required the surgeon to make a big incision in the abdominal area. Today, it can be done with laparoscopy and keyhole surgery – minimalist procedures that allow the surgeon to access the stomach through a small incision and a camera – which involve less bleeding and scarring.

As a result, patients generally only have to stay in the hospital for one to two days post-procedure.

That said, bariatric surgery is only the start of a person’s road to better health, which is why Lim always evaluates a patient’s willingness to adhere to lifestyle changes after surgery.

Patients are also required to attend regular follow-up appointments, where they will be guided on recovery and lifestyle changes.

Watch this video to get up close and personal with our Muhammad Naim after his gastric bypass surgery performed by Dr Lim Huay Cheen at Regency Specialist Hospital.

Kick-start your journey towards a healthier lifestyle. Learn more about our Bariatric Surgery packages.